Why It’s a Mistake For Brands to Ignore Tumblr 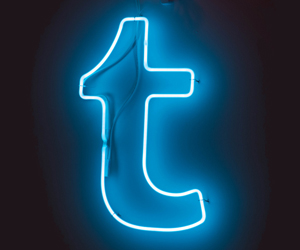 Pretend I’m someone who understands the basics of the Internet but has never used a social platform. Now let me ask you: What’s Facebook? What’s Twitter? What’s Instagram?

Most answers, at least from the readers of this blog, would be similar. But I’ve got another question. What’s Tumblr? I would bet that at this point the definitions start to differ.

For the record, Tumblr defines itself as a platform that “lets you effortlessly share anything” including “text, photos, quotes, links, music and videos.” But the six-year-old content platform is still commonly misunderstood by brands and agencies as it relates to social strategy. Even its self-definition fails to clearly define its focus, its user base or its potential as a place to engage with fans through organic and paid media.

Should your brand be on Tumblr? Let’s discuss.

Even though Tumblr is often forgotten by brands, it’s still a massive community. In fact, the absence of brands (and the only recent emergence of in-stream advertising) may play a big part in the site’s continued rapid growth. More than 107.5 million blogs and 50.5 billion posts have been created on Tumblr, including the more than 70 million new posts that appear every day.

But aside from the numbers, what’s impressive about Tumblr is the type of content and community it has. Though users can certainly post short text-based updates akin to what they would on Twitter or Facebook, the platform is more often used to express a user’s creativity or even their fandom regarding a brand. It’s a very visual medium and one of the few that can accommodate the GIF, which has produced a new source of content creators for Tumblr.

Though it was introduced almost two decades ago by CompuServe, the GIF has made a comeback of late, acting as a lo-fi method of short-form-video sharing. The file format, whose initials stand for graphics interchange format, has allowed content creators to express themselves through relevant video. Many Tumblr blogs dedicated to the application of funny GIFs to everyday-life situations have popped up. As a soon-to-be dad, I’ve found “The Pregnant Husband” to be one of my favorites.

Fans are also utilizing the format to distill their favorite moments from a television show into a few seconds and add narration in the form of overlying text (since GIFs don’t have audio). Shortly after a television show airs, the best moments can commonly be seen on Tumblr. This practice is actually what makes Tumblr such fertile ground for television networks.

Television networks regularly create Facebook pages and Twitter accounts for their respective programs in an attempt to foster conversation and generate a community for fans. This is certainly a sound strategy, since many conversations about TV shows occur on these platforms. But are they paying attention to where the superfans gather? Because some of the most passionate TV fans are gathering on Tumblr.

Just head over to Tumblr and search for your favorite television show (you’ll have to set up a free account if you don’t already have one). Can’t think of a show? Try searching for HIMYM, the initials of How I Met Your Mother, which just wrapped up its eighth (and next to last) season. What you’ll find is animated GIFs, images, quotations, songs, text-based reactions and more related to the season finale, which aired on Monday. Self five!!

It’s a smorgasbord of content organized in a way that few other platforms could manage. Twitter has hashtags but is still largely text based. Facebook can support images and text but doesn’t organize them well. Tumblr’s flexibility in the types of content it can publish, as well as its tagging functionality, offers something unique to fans, which is rare in today’s age of “me too” social platforms.

Networks are taking notice too. We’ve talked before about HBO seeing how much user-generated content was being created for its hit show Girls and creating a Tumblr blog dedicated to curating it.

Tumblr has carved a niche in the crowded world of social media; it is just taking brands a long time to notice. But that may play in your brand’s favor. A few brands have firmly planted their feet in Tumblr, particularly now that it has a growing ad platform, but it’s still a place where your brand can establish a presence before its competitors do.

Like any platform, it’s not going to be the right fit for every brand, so do your research before diving in headfirst. But there’s a good chance you will find engaging fans and user-generated content you’ve never seen before.

This article was written the week before Tumblr was acquired by Yahoo! for a cool $1.1 billion (hence, I didn’t mention it!). It’s difficult to predict what the acquisition means for both entities. The millennial audience was painfully lacking on Yahoo! owned properties, so Tumblr will help that. But Tumblr’s audience is fiercely loyal and won’t take lightly to any changes, so Yahoo! must tread lightly if they want to keep the peace. Of course, they have a responsibility to make this relationship lucrative, so we’ll see how/if things change.