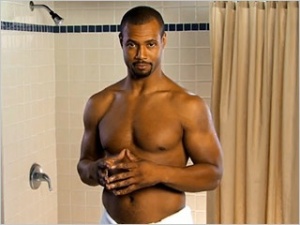 Old Spice’s Shirtless Isaiah Mustafa is Talking to You, and Only You

Posted by Luke Dringoli, 13 Jul 2010
For anyone who thought deodorant and body-wash marketing was nothing but lather, rinse, and repeat, Old Spice is proving, yet again, that there's much more to it with the shining genius that is the Old Spice Man—a soaped up slice of comical manliness that went viral and has now evolved into a masterful multi-channel juggernaut of success. For all the single ladies who were convinced that the Old Spice Guy's "tickets to that thing you like"-cum-diamonds were just for them, well, now they are. The viral ad is now personalized!
Share 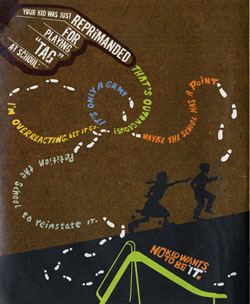 Is The Responsibility Project Being Responsible?

Posted by Kirk Cheyfitz, 08 Jan 2009
Post-advertising acolytes devote plenty of time to bashing the bankrupt practice of logo slapping, so it’s heartwarming to have an opportunity to praise a marketer—global insurer Liberty Mutual—for deploying a variety of original content in multiple channels, all with a shared core story. Liberty Mutual and its agency—Interpublic’s Hill, Holliday, Connors, Cosmopulos in Boston—deserve close attention for trying, at least, to abide by some of the laws of the post-advertising age.

Liberty Mutual's marketing is seemingly about standing for something substantive—doing the right thing. But Liberty Mutual’s multi-year effort to tell stories of “responsibility” falls short of dealing responsibly with the issue the insurer is raising. It never tackles major issues and never connects the dots between what the insurer is advocating and how it behaves. Liberty Mutual succeeds in many ways; but so far it has backed away from the huge win it could have had.