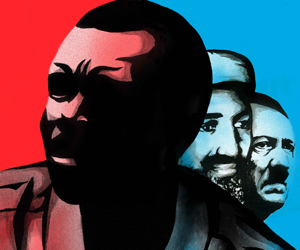 5 Lessons the #KONY2012 Viral Video Can Teach Your Brand

If you’re a digital marketer who decided these past 10 days were the days you’d “completely disconnect from the digital world and find your analog-self,” then you picked the wrong week.

Monday, March 5th saw the launch of the most successful viral marketing campaign in history, branded or otherwise. Nonprofit organization Invisible Children published their KONY 2012 campaign video, taking the social media world by storm. On the day it was launched, the video was practically unavoidable. It seemed nearly everyone posted it on every type of page and platform. With over 100 million views on YouTube and Vimeo combined in only one week, the video has reached iconic status as the most viral video of all time. Making a viral video is just like that carnival game where you throw the whiffle ball into the big basket. It looks easy, but when you try it, it’s surprisingly tough. Then you fork over more money to try again because your girlfriend is obviously disappointed in you. After three more misses your now ex-girlfriend has left you and you're wondering what went wrong.

Viral videos seem so easy to make. I mean, even Rachel Black made one! However, the reality is that virality is ever-elusive. There’s no single equation. You can’t buy it anywhere. No internet marketer/video editor, no matter what they tell you, has the one formula to guarantee viral success. It’s not like six pack abs—those are sought after but there’s a clear formula. Eat well. Exercise often. That’s it. That’s the formula. You heard it here first. Just look at my abs as proof (please don’t). Like the search for the Holy Grail, viral marketing success has been an elusive treasure. While we see a new wave of viral content every day, there’s no clear path toward creating the next big thing. If there were, I’d be teaching my cat ninja skills (maybe I already am) and filming my twin babies talking to each other while watching the money pour in.

As difficult as it is to create viral media, it’s even harder when it’s branded. Audiences typically wouldn’t dare be caught propagating viral content produced by a brand. It’s sort of like inviting your parents to your party: They may be perfectly fine people with a great sense of humor, but just the fact that they’re, well, parents makes them inherently uncool. So what's a brand to do?