The Old Spice Guy is Back, but Do We Still Care? 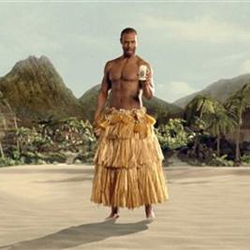 After a six-month hiatus, our favorite shirtless alpha-male with striking brown eyes and bulging pecs is back for Round 3, and just in time for the Super Bowl. The newest Old Spice campaign will tout their Fresh Collection (a line of deodorant, body spray and body wash). The commercial will be debuted on one lucky Superfan’s social network feed before the Super Bowl.

While the title character, portrayed by the dreamy Isaiah Mustafa, promises that these advertisements are as entertaining as the hilarious previous batches, I wonder - do we still care about the Old Spice Guy?

Few campaigns can claim to be as successful as last year’s Old Spice campaign was. With over 15 million channel views and 1.4 billion impressions, Mustafa’s spots made Old Spice the most watched YouTube channel ever. And the engagement translated to sales — a whopping 27% sales increase over 6 months since launching. Ultimately Old Spice became the #1 body wash on the market. So there is no doubt that this campaign will go down in advertising history. However, nothing, especially advertising campaigns, can pique our interest forever. It’s only a matter of time before the Old Spice guy jumps the shark and becomes, well, soooo 2010.

I’m sure I’ll be considered crazy to even question the Old Spice Guy and his effectiveness. However, when I first saw that he was back my initial reaction was one of boredom. I wasn’t excited, like I would be if, say, I heard The Monkees were coming out out with a new album. I get it — he’s manly and he says manly things. He’s good looking and my wife enjoys looking at him. They put him on crazy sets and he somehow ends up on a motorcycle after diving into a pool. He even replies in semi-real-time to those who comment on YouTube/Facebook/Twitter. But will all this result in more brand engagement? Is there anyone who hasn’t heard of this meme and may be newly swayed to buy Old Spice?

There’s also a larger underlying problem here: no matter how funny it is, the Old Spice campaign isn’t anything more than a clever yet traditional TV ad. In the past six months after the ads stopped, were people still buying Old Spice in droves? Were people still sharing the videos? Were bloggers writing articles about it? I’m not saying that a campaign is only successful if someone’s writing about it every day, but in order to unearth a true brand story, the content must have an element of engagement and value with assets that remain long after the spending is over.

This campaign is funny and entertaining, and with over 600,000 views of the “I’m Back” video has proven that Mustafa and his white towel still draw eyeballs. But do you still care?