Three Ways the Second Screen Is Shaping the Future of Television 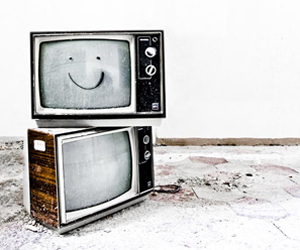 Have you heard of the second screen? If not and you’re a marketer of media, you’d better listen up and learn fast; a number of television networks and individual programs have started taking this concept seriously and are, as a result, tightly weaving audiences into a more dynamic viewing experience. If fantastic recent examples like NBC’s The Voice, CBS’s 54th Grammy Award ceremonies and WGN America’s syndication work continue to crop up, the second screen will soon enough become your new first priority.

If you’re cool enough to call yourself a follower of @PostAdvertising, you no doubt noticed that we were in attendance last Wednesday at the first-ever IN-NW Social Media Conference, in Seattle. Exceptional panels, ranging from those on nonprofit- and cause-based engagement to those on new-media storytelling and musicians gone social, were complemented by enlightening talks by Alexandra Wheeler of Starbucks, Rob Pietsch of Twitter and Ben Huh of the Cheezburger Network (who delivered an impassioned defense of the Internet). That said, one of the day’s most intriguing insights—that the second screen is finally ready for prime time—came in an off-hand observation by David Tedman of Invoke Media (the ones responsible for HootSuite) during a panel on new and emerging tools. Tedman’s mentioning the real-life example of his company’s work with The Voice led to what follows below: our exhaustive report on the efforts of a few television networks that’ve used or are currently using the notion of the second screen to engage viewers in new ways and in record numbers.

Simply put, the second screen means watching your television while tapping away on your iPad. The secondary screen (be it tablet, phone or laptop) is one that a user interacts with while simultaneously consuming media via a primary device (most likely a television or movie screen). Mere years ago the concept may well have seemed impossible, or unlikely at best: how could anyone be expected to engage with media while simultaneously consuming it? Now with the help of smart apps, like GetGlue, Shazam, Viggle and IntoNow, as well as an approach at the outset that stresses full—and I mean full—integration of all channels, the future of broadcast media is suddenly upon us.

Of all the television shows gracing major television networks these days, nobody is second screening more than NBC’s The Voice. It’s done the most work to actively incorporate social channels into the actual cable broadcast and encourage real-time discussion during showtime every Monday evening as well as before and after the main screen action. Having launched its second season hot on the heels of the 2012 Super Bowl (another huge event for the second screen), it’s since made tightly integrated social components part of its value proposition to new fans and part of the way it hopes to hook fans and transform passive viewers into active participants.

What’s most readily apparent when you’re watching The Voice (at this stage in the competition) is the show’s use of Twitter content from its stable of celebrity “coaches” during strategic points in each episode. As events unfold on the show (such as when a contestant chooses a coach), a relevant tweet from the celebrity is displayed , thus adding color and giving fans a bit of added insight. But that’s not the whole story. An analysis of the February 20th episode of The Voice reveals that celebrity coach Cee Lo Green didn’t tweet once during the episode (although his cat, a running joke on the show, has its own social-media presences on Facebook and Twitter). Christina Aguilera, another Voice judge, tweeted just twice during the show (both were shown on air); Adam Levine’s Twitter feed was also surprisingly sparse. Coach Blake Shelton was the only coach to consistently and realistically tweet along with the show. Elsewhere, the show’s official Twitter account, @NBCTheVoice, did do an admirable job of live tweeting the episode—although such activity is to be expected, and should be required, of any official TV show on Twitter that’s also currently on the air.

NBC’s airing of various celebrity tweets immediately following specific events (and referencing said events) cannot possibly be being done in real time, given the various legal constraints and the suspiciously short time between event and corresponding tweet. The tweets are most likely penned beforehand (perhaps not even by the celebs themselves) and scheduled to coincide with precise moments on the show. And of course the show is taped in advance, meaning that seemingly too-good-to-be-true moments from Monday night—such as when Cee Lo Green whipped out his BlackBerry and typed away, prompting a tweet to appear—may offend observant viewers.

While show personalities can’t be expected to faithfully employ social media in real time, and while preplanned content is to some degree a logistical necessity, there is a clear disconnect when you see how these celebrities actually handle their personal Twitter accounts.

See the bottom of this post for our Storify feed of social coverage from the February 20th episode of The Voice.

Also, in what must be a historic first for social media, NBC hired another celebrity, Christina Milian, as The Voice’s very own social media correspondent, charged with “bridging the on-air experience of The Voice with the online experience and bringing viewers closer to the competition.” Besides tweeting and posting during the show on her own social properties (she has a healthy following on Twitter), Milian appears in on-air promos for The Voice’s social presence (segments that beg for second-screen engagement with the live show). She also produces supplemental content (off-the-air interviews with contestants, candid blog posts) that provides extra value. The fact that NBC values social and the second screen enough to pay a celebrity to be the face of such efforts show that it’s taking digital content and fan engagement seriously. Last, there’s The 5th Coach. Mentioned by David Tedman of Invoke Media during IN-NW, The 5th Coach is a Facebook game-app that’s deeply rooted in the television show’s proceedings. In what amounts to a fantasy-sports game for talent-competition shows, fans are asked to recruit singers from previous episodes of the show. Points (and weekly prizes) are awarded if your picks make it through to subsequent rounds. The grand prize? A trip to L.A. to meet the season’s winning contestant.

Interestingly enough, little has been done thus far to promote the dynamic fantasy-style fan game across The Voice’s various other social platforms—especially in terms of second-screen-level integration. Only one tweet sent during this past week’s episode referenced the game. While The 5th Coach is reactionary in nature, with game play dependent on the outcome of each television episode, surely some effort should be made on behalf of the official Twitter account to incubate its #5thCoach hashtag. Time will tell whether NBC’s ambitious social game proves to be a flop. 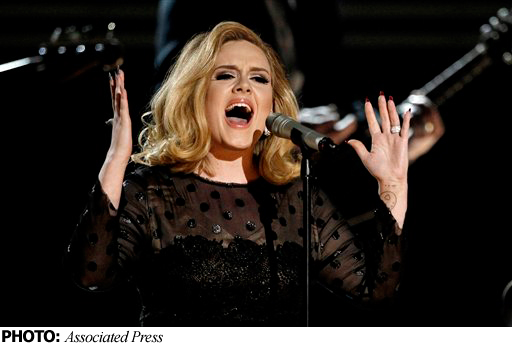 According to social-TV analytics published by Bluefin Labs, This year’s Grammy Awards show was the most rabidly social program in television history;  13 million comments were tracked. The 54th annual music-award show easily eclipsed the previous record of 12.2 million set by the 2012 Super Bowl. How did the Grammys help attract this year’s record-setting level of conversation? With a number of highly social second-screen initiatives, of course.

The multi-platform Grammy Live initiative used in-depth supplemental content to extend the festivities to three days. Instead of being an archive of content from years past, it paired exclusive pre-taped content with live host introductions to whet the appetite and made backstage webcams available during the show itself. According to MoBlog’s Steve Smith, “much of the recorded material was contextually relevant and well-timed [with] the on-air content.” Available via the web or as an iOS app, the initiative alone garnered more than a million views.

CBS and the National Academy of Recording Arts & Sciences also employed its official partnership with song-recognition app Shazam to offer easy access to iTunes versions of live performances from the show in real time. Shazam not only identified the awards show but also directed users to a page dedicated to the event that featured links for downloading each performance as it happened, Twitter integration for scanning the conversation and a tool that gathered social insights in real time.

Marc DeBevoise, senior vice president and general manager of the Entertainment Division of CBS Interactive, touted the second-screen approach again and again when questioned by MediaPost about this year’s efforts. “There are a lot of guys touting second screens as their thing,” DeBevoise says. “They aren’t necessarily second screen; they don’t have a lot to offer.” In regard to his network’s deal with Shazam, he described it as “second-screen that can build on what is going on on-air.” In his words, it was “not just a light experience.”

WGN America, a superstation-style television network and the self-described Home of the SuperFan, has made great use of the second screen for one of its most popular programs, How I Met Your Mother. WGN America’s second screens for the hit comedy are YourMother and @MeetAtMaclarens, Facebook and Twitter fan pages dedicated to the show. Besides promoting the show at large, these properties mention upcoming episodes on WGN America and cross-promote with other network shows.

In the past year, WGN America has married social and broadcast screens by featuring fans’ comments, tweets and original content on the air during episodes, offering TV-screen tie-ins as part of second-screen contests, and by live tweeting with fans—not only during episodes of the show that are airing on WGN America but during new episodes on CBS as well, effectively extending the second-screen approach even further. 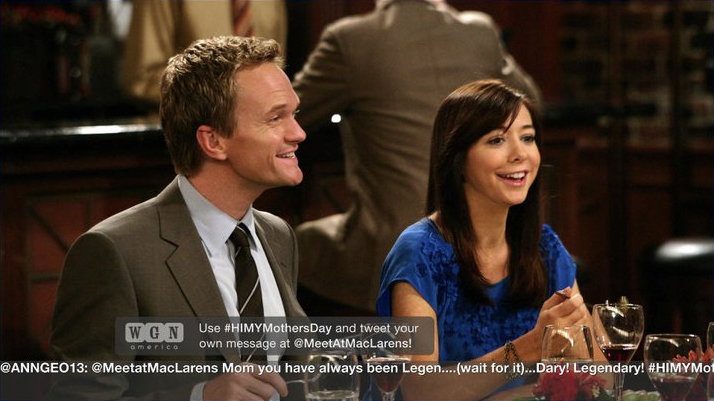 Attempts by NBC, CBS, and smaller networks, like WGN America, to integrate the screens of social and broadcast more tightly are, if anything, impressive votes of confidence for a new type of viewing experience. These recent examples offer a window onto a world where engagement with a single piece of featured original content on a number of levels has become a natural part of the consumption process. In this age of the empowered consumer, it’s practically an absolute that fans should be given the power to visibly, publicly interact with and affect the media they’re consuming. Tomorrow it’ll be required in order to uphold ratings.

It’s no longer enough to engage viewers with programming alone; you must now be active during the program on other channels. Similarly, a viewer should no longer be expected to sit through a program that offers no opportunities to be engaged with.

Do you think that the power of a traditional-media experience can be enhanced by the second screen?

HAVE YOU REGISTERED FOR THE POST-ADVERTISING SUMMIT YET?

We’ll be peering into the future of all things content marketing, advertising, journalism and social media at our Post-Advertising Summit, March 29th in New York City. We’ll pull back the curtain and teach attendees how to truly unearth their brand’s story. Speakers including Simon Dumenco (AdAge), Shira Lazar (What’s Trending), Joe Pulizzi (Content Marketing Institute) and more will be on hand to share their expertise. In order to get the best price (Early-Bird discount ends February 29th), reserve your seat at the Summit table today! Use code “PABLOG” for $100 off!