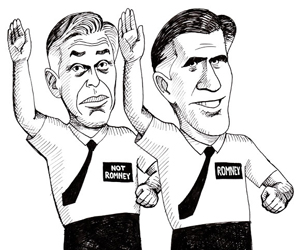 When Political Ads Attack, Everyone Loses

With additional reporting by Adam Uhrynowski.

We’re all familiar with mudslinging in political commercials, debates and speeches. In the recent Iowa caucuses, negative advertising was more apparent than ever. But why do America’s leaders spend so much time pointing out the competition’s flaws and defending their political (and personal) histories rather than promoting themselves? Does it even work? What if brands reverted to this tactic? We’ll answer these questions and more after the jump. 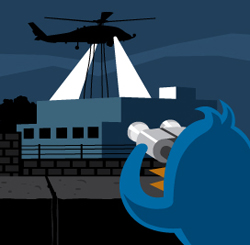 All Together Now: How Crowds Record History

This post originally appeared in our May issue of “Live Report from the Future of Marketing,” our monthly Post-Advertising newsletter. Subscribe for free here.

Perhaps the greatest part of the internet is how it allows complete strangers to come together around a singular event and create things both profound and absurd. The death of Osama bin Laden was just such a momentous occasion. While some took to the streets to celebrate, most went straight to their computers and mobile devices to let the world know how they felt. If Twitter's record breaking 3,440 tweets per second (TPS) is any indication: people had a tremendous amount to say. Who Is the Real Sarah Louise Palin?

Posted by Andrea Fjeld, 04 Mar 2011
The latest — and possibly most pathetic — political scandal out of Wasilla involves none other than our favorite lipstick-wearing hockey mom, Sarah Palin. After her Gmail address was leaked, a little Facebook investigation found a user named “Lou Sarah” had registered with that email account. Lou’s favorite Facebook activity? Liking and commenting on Palin-related posts. Seem fishy? That’s not wild Alaskan salmon you’re smelling…
Share Posted by Karen Nagy, 03 Nov 2010
Now that the mid-term elections are over, at least we can be glad about one thing: we get a break from the incessant political advertising. As usual, the ugly spots have been plaguing airwaves with negativity, nastiness, and ludicrousness. A January Supreme Court ruling lifted spending restrictions on political ads, and what did we get? The most expensive elections in US history (a record $3 billion dropped by candidates and supporters). Seems like a lot of money for demon sheep and aqua Buddhas.
Share Posted by Luke Dringoli, 25 Jun 2010
Rolling Stone's treatment of their recent profile on General McChrystal, “The Runaway General,” is the latest proof of how hopelessly out of touch print publications are with the online news cycle. A genuinely great piece of investigative journalism, it sent political bloggers and 24-hour news networks into a tizzy when it broke Tuesday morning. Problem is, the story, which also incited the ire of the president and led to the dismissal of the Afghanistan commander, was nowhere to be found on RS’s website, RollingStone.com. It wasn’t until nearly midday, and after Politco went so far as to post an illicit PDF scan of the article to quell demand, that RS officially posted the piece. A matter of only a couple hours, the delay was the difference between owning the conversation (not to mention the traffic) and relinquishing their own monster buzz.
Share