The Future of (Auto)Mobile Advertising

Growing up, all I wanted was a black Pontiac TransAm that spoke to me and helped me fight crime through a shadowy flight into the dangerous world of criminals operating above the law. What I got was a 1985 Peugeot 505s with cigarette burns on the canvas seats and a tape player that didn't have a reverse button. Cars have come a long way since the "forward-thinking" days of Knight Rider. Cars not only speak to us, they can drive for us, give us directions, and show the kids some Dora the Explorer while en route to a ski trip in Vermont. And this is just the beginning. 2011: The Year Consumers Took Over Brands

Out: brands barking at consumers.

From Coke’s recent cancelation of its white Christmas cans to Gap reverting back to its signature logo, 2011 seemed to be the year of empowered consumers. But we’ve been writing about this phenomenon for some time now. The proof is out there that we have major influence over what big corporations can and cannot do (just study the branding needs of Occupy Wall Street for inspiration). So what could 2012 have in store for us?

Posted by Luke Dringoli, 10 Nov 2010
When your eyes happen upon a web banner ad, do you ever think, "man, I wish I could save that for later!" No? Well, AdKeeper thinks you might...if you could. Because, you know, people love Super Bowl ads! And some time in the recent past people used to clip coupons! AdKeeper is hoping its system will revolutionize the way you view those pesky boxes altogether.
Share Posted by Luke Dringoli, 29 Jul 2010
New cars have always been unveiled at auto shows. Boring and perfunctory auto shows. But on Monday, Ford took the road less (read: never) traveled. Armed with funny guy Mike Rowe, CEO Alan Mulally, and a truckload of video content, they systematically unveiled their snazzy new 2011 Ford Explorer via its official Facebook page. Absurdly enough, it's the first time a carmaker has unveiled a fresh model anywhere other than an auto show. Could this spark a new trend in the automotive world? 54 thousand eager fans, excited to check out (and possibly buy!) your new vehicle; or a room full of the industry's elite, seers of innumerable new car launches, yawning and droopy-eyed. Hmm...
Share 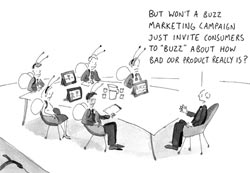 So the Ministry of Defence wants British troops to use social networking websites such as Twitter to keep the world informed of what they’re up to. Just as long as it’s “within certain limits to protect security, reputation and privacy,” that is. Bottom line: official secrets are out. Meanwhile, our political bedfellows, the US, have gone completely in the opposite way, banning social media sites, due to network security concerns rather than any breaches in information dissemination by soldiers, so we’re told.