Why It’s a Mistake For Brands to Ignore Tumblr

Pretend I’m someone who understands the basics of the Internet but has never used a social platform. Now let me ask you: What’s Facebook? What’s Twitter? What’s Instagram?

Most answers, at least from the readers of this blog, would be similar. But I’ve got another question. What’s Tumblr? I would bet that at this point the definitions start to differ.

For the record, Tumblr defines itself as a platform that “lets you effortlessly share anything” including “text, photos, quotes, links, music and videos.” But the six-year-old content platform is still commonly misunderstood by brands and agencies as it relates to social strategy. Even its self-definition fails to clearly define its focus, its user base or its potential as a place to engage with fans through organic and paid media.

Should your brand be on Tumblr? Let’s discuss. This post originally appeared in our November '12 issue of “Live Report from the Future of Marketing,” our monthly Post-Advertising newsletter. Subscribe for free here.

I’m not ashamed to admit that one of my favorite movies is You’ve Got Mail—a complete rip-off of Sleepless in Seattle, even using the same lead actors (Tom Hanks and Meg Ryan). Ryan’s character runs a small independent bookshop in Manhattan, while Hanks’s character is opening a large retail bookstore with low prices (if only he’d known how technology would change the way we read) just down the block.

In the late 1990s, when the movie was made, this was a common story line. What were small businesses going to do when Borders, Walmart, Kmart and Target moved into town? How could they compete with rock-bottom prices and one-stop shopping? 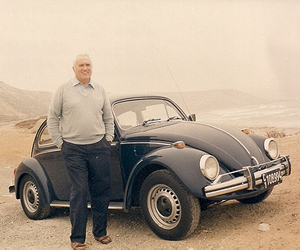 My first car was a gray 1987 Honda Accord LXi hatchback. Well, it was actually a two-toned gray, since I never bothered to get the replacement panels painted after a fender bender (primer gray was close enough).

I bought the car using the money I earned scooping ice cream and washing dishes at Brigham’s restaurant the two years before. It was a stick shift, and since I didn’t know how to drive a stick yet, my mom had to test-drive it as I sat in the passenger seat. I remember that test-drive vividly. Supposedly it had great gas mileage and shifted like butter. I didn’t pay much attention. I was on cloud nine because I knew this would be my car, and I was dreaming of the possibilities.