An interesting insight into what makes social content effective has emerged, or at least made itself more visible, in the past year or so. Content is king, but editing may be the queen who’s actually running the castle.

Our traditionally analog means of consuming media—television, newspaper, radio, outdoor—are quickly being replaced by digital means. We supplement TV watching with our iPads, get our news in near real time from Twitter, and share life’s moments in an instant on Facebook. Other technologies have allowed fast and easy creation and curating of content, like Pinterest, Vine, Storify, and even something as simple as an Instagram hashtag. What’s the ROI in That?

There seems to be no better time of year for brands to empty their pockets and slap their logos everywhere they can in hopes of gaining exposure than the end of the calendar year. Between the New Year’s Eve televised specials, holiday parades, college football bowl games, sponsored parties, Times Square billboards, Super Bowl commercials and more, the in-your-face advertising is literally unavoidable.

This type of advertising is nothing new. It’s something we’ve lived with for decades and it expands further with each passing year. But the age we live in now, the post-advertising age, has provided audiences with a bit of perspective. The stadium sponsorships, Super Bowl commercials, Times Square billboards—it all seems a little…funny, doesn’t it?

OMG. This may have been my hardest assignment yet.

BuzzFeed is killing it on the interwebs lately (WIN), and not just because it creates some of the most shareable content around. It’s “killing it softly,” so to speak, monetizing its wildly successful site by partnering with brands to create branded content that people actually consume, enjoy and share with their audiences.

But why was this a difficult assignment? To write about BuzzFeed means one has to peruse BuzzFeed. And when one peruses BuzzFeed, time is sucked into a vortex while one reads journalistic masterpieces like “40 Reasons Honey Boo Boo Became a National Treasure in 2012” and “12 Days of Grumpy Cat Christmas.” Minutes quickly become hours, and deadlines come and go. But Grumpy Cat doesn’t care. Why Most Native Advertising Will Fail

Are you familiar with the term "native advertising"? You may have read about it on popular blogs like Techcrunch, Adweek and Advertising Age, but can you put your finger on exactly what it means?

Whatever it is, native advertising doesn't work simply because someone put the word "native" before it and because it doesn't fit the standard definition of advertising—the 30 second spots, the billboards, the banner ads. 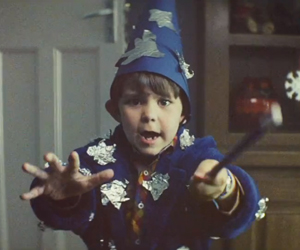 When is Manipulation in Advertising Okay?

Manipulation: the action of controlling someone in a clever or unscrupulous way.

It’s a touchy subject, but arguably advertising in its purest form is manipulation. Campaigns want to change behaviour or elicit a response. You can’t argue with that.

We’re in the business of storytelling.

Meet documentary maker Ken Burns—a master of manipulation through the medium of storytelling. He’s the man behind titles such as The Civil War and Baseball. He argues a good point and one that has inspired this blog post.

Manipulation is present in every story whether we like it or not. Each week, our social media team at Story hops on a conference call discuss the latest and greatest in the world of social media, content marketing, brand storytelling and the like. While most everyone would admit that meetings are rarely fun, I look forward to this call because I love to talk social-media shop.

Considering how quickly marketing happens in the post-advertising age, we aren’t able to cover everything on the blog and a lot of great work that we discuss on our weekly call falls through the cracks. In the last year, we’ve made it a point to highlight the brands each season that have embraced Post-Advertising and have focused their efforts on creating engaging content and igniting movements that spread.

It’s been six long months since our last edition, so let’s get on with it! Here are Ten Brands Doing Post-Advertising Right: Fall Edition. Food Truck Culture: Is There Room for National Chains?

Food truck fanatics, hold on to your tongues: Fast-food giants from Sizzler to Taco Bell to Jack in the Box to Applebee’s have fully functional food trucks parading down streets across America. Some just hope to capitalize on the current food truck trend, while others predate it. Should supporters of what some might call authentic food truck culture—the kind incubated in Portland, Oregon; Los Angeles; and other cities—be worried about these flirtations by the big-timers they already vie with every lunch hour?

An increasing number of quick-service restaurants are looking at the medium as more than just an agile promotional vehicle for products and locations—a view that could spell trouble for independents.

But, instead of being considered a threat to the carefully cultivated culture’s longevity, could the increased presence of national brands (as documented by AdWeek) just be a harmless, but telling, aftereffect of a new marketing approach’s success?

One thing’s for sure: The wild success of certain food trucks is no fluke; it’s in no small part due to a breaking from the marketing conventions of larger chains in favor of a nimble, post-ad-approved approach. Mobile or brick-and-mortar, there’s plenty for businesses small and large to learn.